Download Case Study PDF
Back to All Case Studies

Blast movement of ore was not accurately measured or accounted for

Blast movement of ore was estimated1 and not accurately measured, which resulted in:

Increased recovered value by up to 7 Million2 CAD during Q1, 2018

Significant movement occurs within all blasts. Variation of ±50% from the mean horizontal movement is common and occurred in this blast.

As a result of accurately accounting for movement in this blast, Canadian Malartic:

“BMT has made a significant improvement to grade and recovered tonnes. I would definitely recommend BMT.” 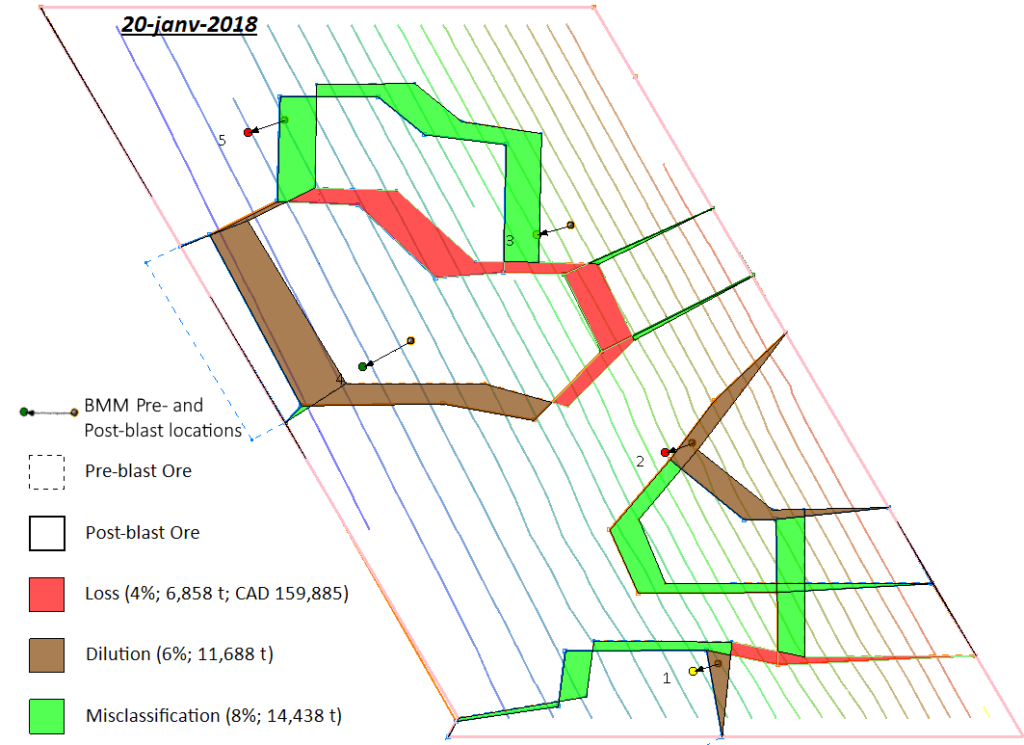